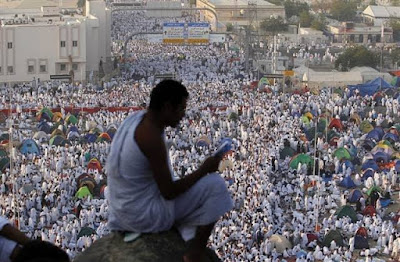 The current COVID-19 pandemic has caused the restriction on the number of pilgrims for Hajj for the second time.

This restriction has caused an unusual rise in “false informations” and senseless “conspiracy theories” surrounding the restriction, even though it was taken after careful review over months and seeing the latest information on the spread of the pandemic to safeguard the pilgrims and eventually the world.

In this article we have compiled the number of times the Hajj was restricted over many reasons but majority of them were because of disease outbreak or pandemics.Though Hajj has been cancelled several times over the centuries, since the Kingdom of Saudi Arabia’s foundation in 1932, Hajj has been restricted twice in 2020 and 2021

During his conflict with the Abbasid Caliphate based in Baghdad, Ismail bin Yousef, known as Al-Safak, launched an attack on the holy Arafat Mountain overlooking Mecca in 865, massacring pilgrims there. The raid forced Hajj to be cancelled.

In 930, Abu Taher al-Janabi, the chief of the Qarmatians heterodox sect based in Bahrain, launched an attack on Mecca.Historical accounts say the Qarmatians killed 30,000 pilgrims in the holy city and dumped bodies in the sacred Zamzam well. They also looted the Grand Mosque and stole the Black Stone from its Kaaba, taking it to the island of Bahrain.Hajj was then suspended for a decade until the Black Stone was returned to Mecca.The Qarmatians were an Ismaili Shia sect who believed in an egalitarian society and considered pilgrimage a pagan ritual.

Politics, too, has disrupted Hajj. In 983 political disputes between the rulers of two caliphates – the Abbasids of Iraq and Syria and the Fatimids of Egypt – got in the way of Muslims travelling to Mecca for pilgrimage. It would be eight years until Hajj was held again, in 991.

Not only conflicts and massacres have cancelled Hajj. A plague from India hit Mecca in 1831 and killed three-quarters of the pilgrims there, who had endured weeks of travel through dangerous and barren lands to perform Hajj.

In a span of almost two decades, Hajj was halted three times, leaving pilgrims unable to head to Mecca for a total of seven years.In 1837, another plague hit the holy city, putting things on hold until 1840.Then in 1846 a bout of cholera hit Mecca, killing more than 15,000 people, and plagued its inhabitants until 1850. Outbreaks returned in 1865 and 1883.In 1858, another global cholera pandemic arrived in the city, prompting Egyptian pilgrims to run away en masse to Egypt’s Red Sea shores, where they were held in quarantine.Content courtesy of Middle East Monitor