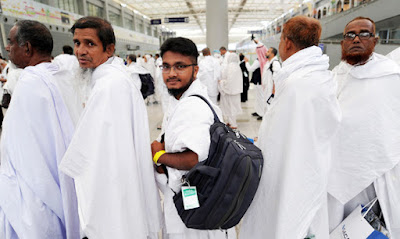 MAKKAH: Following the official beginning of Hajj 1443 / 2022 season from June 1st, 2022, countries are completing preparations to begin sending Hujjaj for this years’ Hajj.

The Ministry of Hajj and Umrah announced earlier that up to 1 million pilgrims will participate in the annual pilgrimage from around the world after a hiatus of 2 years.

Indonesia and Malaysia will be the first countries to send Hujjaj starting on June 4th followed by India, Bangladesh and Pakistan. Flight operations are expected to be continued until early Dhul Hijjah 1443.

Meanwhile the Ministry of Hajj and Umrah is yet announce the mechanism of registration for Hujjaj from many countries including the US, UK and several others. The Ministry began the registration of Pilgrims from within the Kingdom on Friday (June 3rd).