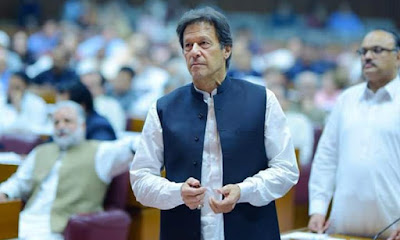 #Boycott_French_Goods was trending on Twitter in all major Muslim countries after the French President supported the making of depictive cartoons of Prophet Muhammad (Peace be upon Him). The statements came after a teacher was beheaded near Paris by an 18-year-old man Abdullah Anzorov over the display of cartoons depicting the Prophet (P.B.U.H)

The French President paid tribute to the teacher as a ‘quiet hero’ and defended his actions as Freedom of Expression and in a televised address to the Nation also said that France “will not give up our cartoons”. Later France raided multiple houses of Muslim families and even closed down the Grand Mosque of Paris in what it stated a clampdown against “Islamist terrorists”.

The Saudi Council of Senior Scholars condemned the statements of the President and said in a statement: “It is the duty of the wise in all parts of the world, institutions and individuals to condemn these abuses that are not related to freedom of expression and thought but rather are pure fanaticism and a free service for those with extremist ideas”

Pakistan’s Prime Minister Khan in a series of tweets condemned the statements of the French President and said “Hallmark of a leader is he unites human beings, as Mandela did, rather than dividing them. This is a time when Pres Macron could have put healing touch & denied space to extremists rather than creating further polarization & marginalization that inevitably leads to radicalization”

The Pakistani premier even wrote a letter to Facebook’s CEO Mark Zuckerburg requesting him “to ban Islamophobia just as Facebook has banned questioning or criticizing the holocaust.”

Videos also emerged on the social media of supermarkets removing French products in various countries and decimation of the French president’s images.

No cases of Corona among Pilgrims or worshipers