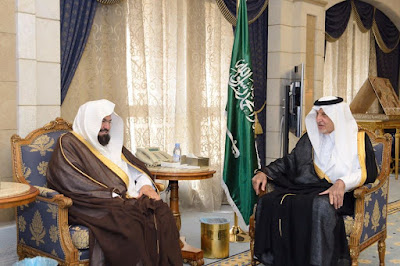 The President of the Haramain, Sheikh Abdul Rehman Al Sudais met with the Governor of Makkah His Royal Highness Prince Khalid bin Faisal Al Saud on Tuesday who congratulated him on his reappointment as President of the General Presidency for the Affairs of the Two Holy Mosques.