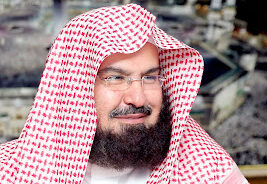 Sheikh Sudais is probably one of the most popular Islamic personalities of the Muslim Ummah and almost every believer recognizes and loves his beautiful voice. Sheikh Abdul Rehman Al Sudais is the Chief Imam and Khateeb of Masjid Al Haram in Makkah. He is also the President of the General Presidency for the Affairs of the Two Holy Mosques (GPH), which makes him a minister.

Read: Biographies of the Haramain Imams

Sheikh Sudais was born in the year 1961 in the City of Qassim, Saudi Arabia. He got his early education in Riyadh and by the age of 12 he had memorized the whole Quran under the supervision of Sheikh Abdul Rehman Al Firyan .

Sheikh Sudais graduated from the Faculty of Sharia in the year 1982, Completed his final years of Studies from Umm Al Qura University in Makkah and earned a PHD Degree in Sharia in 1995.

Since then Sheikh Sudais has been leading Taraweeh every year and in 2015, he completed his 35th time of completing the Quran and reading the Khatam ul Quran Dua.

In 2012, he was appointed as the President of General Presidency for the Affairs of the Haramain in a decree ordered by the Late King Abdullah of Saudi Arabia just before the Grand Expansion started in Masjid Al Haram

Sheikh Sudais is currently looking after the progress of the expansion in both Mosques in Makkah and Madinah, as the Expansion in Masjid Al Haram nears its completion.

Sheikh Abdul Rehman Al Sudais was appointed by King Salman to deliver Hajj Khutbah in the year 2016/1437In 2020, by Royal Decree issued by the Custodian of the Two Holy Mosques, Sheikh Shudais was reappointed as President of the General Presidency for a period of 4 years in 2020