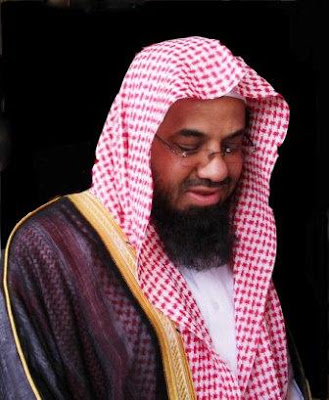 Sheikh Saud Al Shuraim was born in the city of Riyadh in the year 1966. He memorized the Quran by the end of his High School. He did Masters from Imam Muhammad bin Saud University in Riyadh in 1992. He then did his doctorate (PHD) from Umm Al Qurra University in Makkah.

In 1992 he was appointed as Imam to Lead Taraweeh Prayers in Masjid Al Haram and since he has been leading permanently.

In one of the Arabic Interviews he was asked about “what is the secret behind your success?”. He answered that his Mother’s prayer and the support of his wife was the reason for his continuous
success.