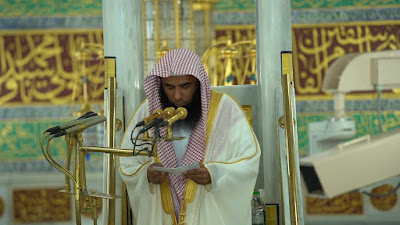 Summary of the Khutbah

“Warning from Busying yourself with others Faults ” People of intellect and sound mind protect and guard themselves against falsehood and their honor from anything which may harm it by following the path of virtue and good and avoiding what causes suspicion.

The sound one is the one who avoids causes of disgrace, criticism, hatred, and animosity.

People have sharp tongues when it comes to others’ faults and souls that crave finding flaws. They spread others’ faults more than their virtues. In gatherings, the only loud voices are the voices of the backbiters and critics, except for those whom Allah has mercy on, and how few they are.

Bakr ibn Abdullah said, “If you see a man busy with other people’s faults and he forgets his own, then know that he has been deceived.”

servant of Allah! Busy yourself with your own flaws, for he who occupies himself with the flaws of others and forgets his own indeed he has a blind heart and has tired himself (for no benefit). His worries will increase and it will become more difficult for him to fix his own faults. From the most useless of people is he who criticizes people for the faults they have, and even more useless is he who criticizes others for faults that he himself has. Whoever criticizes others, will be criticized, and whoever shames others, will be shamed.

It is prohibited to have evil assumptions of other Muslims who seem to be trustworthy, truthful, and good. Allah (the Most High) said, “Indeed, some assumptions are sin.” So, do not dare assume evil (of others). Distinguish between true and false assumptions based on clear signs.

Extracts from the Khutbah

The believer does not accept to be an aim for the arrows of suspicion, or a target of backbiting, criticism, and slander. He most cut off the causes of doubt and evil thoughts that may come to people. He must take protection from peoples’ thoughts by avoiding suspicious matters.

One of the righteous people said, “We met the righteous predecessors and they did not consider that (the high level of) worship is (in) fasting and praying, but rather in avoiding attacking people’s honor.”

Abu Hurairah –may Allah be pleased with him- narrated that the Prophet- praise and peace be upon him- said, “One of you notices the speck in his brother’s eye while forgetting the stump in his own eye.” [Ibn Hibban]

Ibn `Umar -may Allah be pleased with him- said that the Prophet —may Allah’s peace and blessings be upon him — “ascended the Minbar and called out in a loud voice, ‘0 he who has accepted Islam with his tongue, while faith has not reached his heart! On not harm the Muslims, nor revile them, nor seek out their hidden faults. For indeed, whoever seeks out his Muslims brother’s hidden faults, Allah will expose his own hidden faults, even if he was in the depth of his own house.’” [Reported by At-Tirmidhi].

Abu Hurairah –may Allah be pleased with him- narrated that the Prophet – praise and peace be upon him- said: “From the gravest sins is to unjustly attack another Muslim’s honor, and from the major sins is to return one curse with two curses.” [Reported by Abu Dawood].