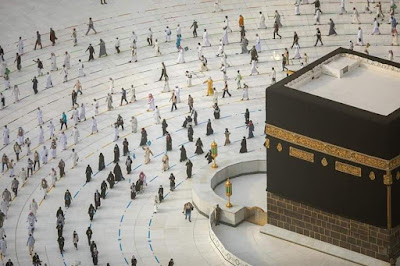 Flights from Indonesia and Pakistan as well as from 18 other countries were suspended on Tuesday after Saudi Arabia’s Interior Ministry imposed a temporary ban on flights to combat the spread of COVID-19.

Pakistan and Indonesia were among the first and few countries to send pilgrims after the ban on International Umrah were lifted in November 2020.

Several Umrah agencies while speaking to ‘Inside the Haramain’ reported cancellation of flights by airlines on Thursday and Friday.  ‘Future bookings scheduled for next week and so on will continue to be canceled by airlines as date approaches unless an announcement is made by the relevant ministries’. Muhammad Umar, owner of an Umrah agency based in Karachi, Pakistan said while speaking to Inside the HaramainThe Ministry of Hajj and Umrah is yet to announce any policy changes after the two largest countries that send Umrah pilgrims were placed on the ban list.

Local Umrah to resume first but in ‘limited numbers’

General Presidency for the Affairs of the Two Holy Mosques