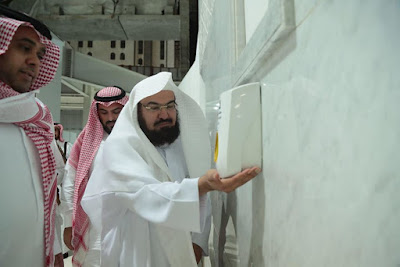 The Muslim Ummah woke to a shock on Thursday when they learned that the Ministry of Hajj and Umrah announced that all issued Umrah Visas were suspended and 106,000 pilgrims who had arrived to perform Umrah were sent back.

This measure was taken according to sources “urgently in 10 minutes” after the news of new cases of the “Novel Coronavirus” emerged in the Gulf countries and Iran.

Saudi Arabia has said that the suspension on Umrah Visas is temporary and the ‘Umrah Ban’ will be lifted once the threat of the virus spreading in the Kingdom will decrease.

Authorities immediately set up temperature testing facilities at the gates of the Mosques to screen out potential virus carriers.

Saudi Arabia said on Monday that it had confirmed its first case of the novel coronavirus. The Patient was kept in islolation on Sunday whereas they confirmed positive on Monday. The victim had traveled to the Kingdom from Iran via Bahrain according to the Saudi Press Agency

On Sunday, the General Presidency for the Affairs of the Two Holy Mosques under the directions of Sheikh Abdul Rehman Al Sudais inaugurated some precautionary measures to combat the Coronavirus. A device that pumps spray to sterilize the surfaces and floors were introduced, as well as carpet washing, and sterilizers for hands distributed on the entrances of the Mosque. The number of major cleaning times have increased to 6 a day, in addition to emergency washings if needed.

Summary and Extracts from the Jum’uah Khutbah in Masjid Al Nabawi, Madinah (25 December 2020)

‘The only places in the world where the Pandemic has not reached are the Two Holy Mosques’: Al Sudais