Sheikh Muhammad was the Muadhin of Masjid Al Haram since 1984 and served the Grand Mosque as one of the senior Muadhins for over 34 years.

He was ill since a few months but his condition was stable and he continued to deliver the Adhan in the Grand Mosque. However on 20th December his condition deteriorated and he was admitted in the hospital. He passed away on 25th December 2015, local  time 21:00.

His funeral prayer was performed after Salat Al Fajar the following day and later he was laid to rest in Jannat Al Muala where mostly senior and known Citizens and Imams of the Haramain are laid. 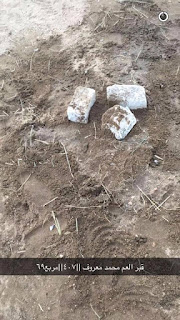 Grave of the Late Muadhin