Sheikh Dr. Yasir bin Rashid bin Hussein Al-Wadani Al-Dossary is one of the famous reciters in the Islamic world, and the Imam of the Masjid Al Haram, Makkah

Sheikh Yasir Al-Dossary was born in Al-Kharj province in 1980 AD and is married with two daughters and two sons.
He received a bachelor's degree from the Faculty of Sharia at Imam Muhammad bin Saud Islamic University after 7 years he studied a master's degree in comparative jurisprudence from the Higher Judicial Institute at the same university, and then obtained a doctorate in the Department of Comparative Fiqh from the higher institute of the Judiciary. He worked as the Secretary General of the Prince Sultan Association for the memorization of the Quran in air defense. 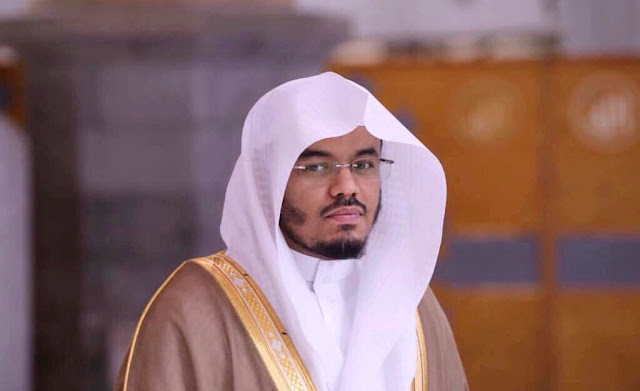 Sheikh Yasir al-Dossary was ranked among the most influential figures in society, according to the magazine Insan.

He is currently a member of the teaching staff at King Saud University with the rank of Associate Professor, and is the founder of Ayat Quranic Media Group with his colleague Sheikh Nasir Al Qatami. He has memberships in several associations such as: Saudi Fiqh Scientific Society, Saudi Scientific Society for the Quran and its Sciences, and the Saudi society for Dawah Studies and is also a member of the Committee of Europe in the World Assembly of Muslim Youth, and a member of the Al Birr Society in Al-Kharj.

Sheikh Yasir Al-Dosarry has been Imam in many mosques, including Abdullah Al-Khulaifi Mosque, Al-Kawthar Mosque, Imam Abdullah bin Saud Mosque, Sheikh Abdul Aziz bin Baz mosque, then came his appointment to the Fahad Al-Dakheel Mosque in Riyadh in 1426 where he led till his appointment as Imam in Masjid Al Haram in 1441.

First Salah led by Sheikh Yasir as guest Imam of Masjid Al Haram in Ramadan in 1436.

Salaam. Can you please change the year format from AD to CE? AD means "after death" which refers to the death of Jesus AS, which is not the Muslim belief. Thanks.

Hopefully in shaa Allah we can pray at masjed al haraam

Masha Allah, He will be leading Jumma 1 Day, Insha Allah