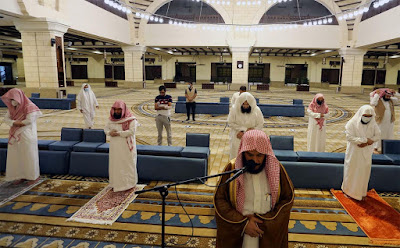 The Kingdom’s Ministry of Islamic Affairs on Wednesday in a statement announced that 32 Mosques in different cities of the Kingdom were closed temporarily over emerging coronavirus cases in the neighborhoods surrounding the Mosques.

After which the different ministries started to conduct raids and close down and fine outlets that failed to implement the required precautionary measures. The Interior Ministry also made it mandatory for everyone to carry the Tawakalana App which shows the health status of the individual.

The Minister of Islamic Affairs on Tuesday also said “The Ministry won’t delay the closure of Mosques if cases continue to surge.” He also called all Mosques to implement the precautionary measures thoroughly