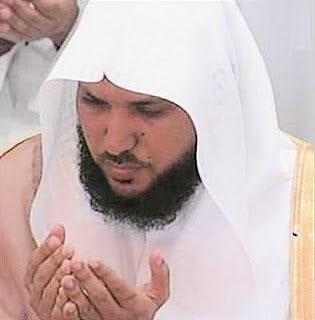 Sheikh Dr. Maher bin Hamad Al Muaiqly was born in the city of Madinah in the year 1969. He belongs from the Al Muaqily clan from Yanbu.

Being a keen student of Mathematics since childhood he began to teach the subject after his Higher Education. He also completed the learning of the Quran and began to lead Salats in various mosques in Madinah

He went to Makkah to further his studies in religion and completed first his Master and then P.HD from Umm Al Qurra University in 2012.

He also started to lead prayers he various Mosques in Makkah and Madinah. And during Ramadan, the Mosques in which he used to lead Taraweeh would overflow with Believers wishing to pray behind him and listen to his Recitation. Soon he was famous around Madinah and was now admired among the royal family members and then he was appointed as an Adviser to Prince Abdul Majid in Makkah.

He eventually left his job as an adviser and began to teach at King Abdullah Saud University in Makkah.

Sheikh Maher was Appointed as Khateeb of Masjid Al Haram in Ramadan 2016/1437 after a royal decree was issued by King Salman. He delivered his first Khutbah in Masjid Al Haram on 15th July 2016.

Umbrellas to be installed in the Courtyard of Masjid Al Haram