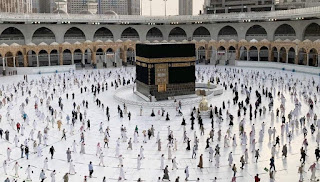 The Ministry of Hajj and Umrah revealed that the current regulation for the reservation of Umrah allows the issuance of a permit every 15 days,

Summary and Excerpts from the Friday Sermon from Masjid Al Nabawi, Madinah (15 January 2020)