ISLAMABAD: Sheikh Saleh Al Talib will arrive in Pakistan on 6th April to attend JUI Ijtimah .
The Government of Pakistan will give Head of State Protocol and Security to Imam-i-Kaaba Sheikh Saleh Al Talib on his arrival in Pakistan.
According to private Television channel, Imam-i-Kaaba will lead a delegation of 45 persons, to attend JUI Ijtimah Celebrations starting from 7th April. Saudi Arabia Minister for Religious Affairs will also include in his delegation.
The Federal Interior Ministry has also received a notification regarding  arrival of delegation.
Imam-i-Kaaba would be taken to destination via Special Helicopter, while three Helipads have already been prepared near the JUI Ijtimah venue.. 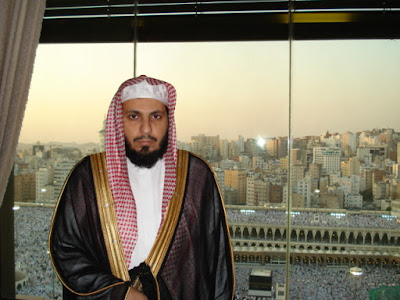 Hajj Ministry steps in to assist Hujjaj troubled by Motawif